Single bevel vs double bevel miter saws: Which one is right for you? 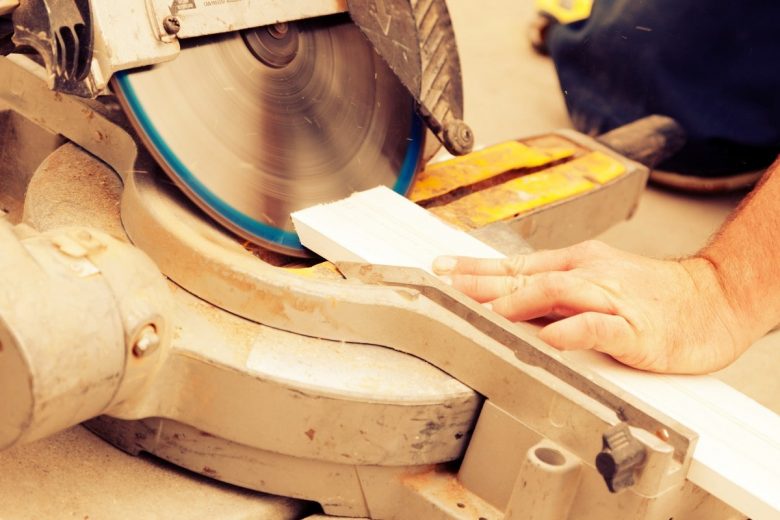 A miter saw is useful for both professional carpenters and hobbyist woodworkers. If you are in the market for a miter saw, you might be asking yourself: is it worth paying extra to get a dual bevel miter saw? This guide will answer just that.

While it might seem like an obvious answer, the main difference between a single and dual bevel miter saw comes down to skill and time. Basically, a single bevel miter saw can accomplish everything a double bevel model can, but you need to understand how to make inverse cuts.

Where a dual bevel miter saw can simply swing to the left or right, a single bevel miter saw requires you to flip the workpiece over and measure backward. While this is not an issue for most experienced professionals, it can be a bit tricky for beginners and increases the amount of time you spend making the cuts either way.

Anyone familiar with power tools knows DEWALT, though the company is a bit hit or miss after being purchased by BLACK+DECKER. That said, the DEWALT DWS715 Single Bevel Miter Saw is a solid option that offers more functionality than most single bevel miter saws that I encountered.

It is worth noting that while DEWALT has recently made changes to the design of this single bevel miter saw, they have not yet updated their advertising. As such, you should understand that you will not get all of the features that this saw advertises, though you still get enough features to make it a good single bevel miter saw.

Keep in mind, while this single bevel miter saw may not come as advertised, it still offers an excellent build quality made out of aluminum and steel. On top of that, the DEWALT DWS715 Single Bevel Miter Saw features a powerful motor that pushes 15 amps and spins at 4000 RPM with machined helical gears.

Metabo recently bought out and rebranded what used to be Hitachi power tools, a solid consumer-grade brand but is still working out the kinks in the acquisition. However, it is hard to deny that the Metabo HPT C10FCGS Single Bevel Miter Saw provides an impressive overall value.

For starters, this single bevel miter saw is incredibly inexpensive, making it a great option for a young contractor or beginning hobbyist. However, that low cost also reflects the Metabo HPT C10FCGS Single Bevel Miter Saw’s build quality which has fallen since Hitachi was bought out by Metabo.

Thankfully, this single bevel miter saw still comes with a powerful motor that pushes 15 amps, generates 2 ½ hp, and spins at a blistering 5000 RPMs. On top of that, the Metabo HPT C10FCGS Single Bevel Miter Saw gives you a little cushion when cutting miters with a 52° miter range to both the left and right.

Unfortunately, this single bevel miter saw also comes up a bit short– quite literally, with the smallest cutting capacity I reviewed at only 2 ¼” x 5 ⅔”. That said, the Metabo HPT C10FCGS Single Bevel Miter Saw is easily one of the best job site miter saws I encountered thanks to a lightweight design that only weighs 24 ½ lbs.

Bosch is one of the most well-known and respected power tool companies in the world, respected for its precise, professional-grade products. The Bosch Power Tools GCM12SD Double Bevel Miter Saw is no exception, though it falls into the trap that many of the other types of Bosch power tools do.

Thankfully, this dual bevel miter saw somewhat avoids that issue by providing a powerful motor that pushes 15 amp and generates 3 hp. Unfortunately, the Bosch Power Tools GCM12SD Double Bevel Miter Saw only spins the blade at 3800 RPMs which necessitates a slower cut with the hardest hardwoods.

TACKLIFE is easily the newest and least experienced company on our list, but it makes up for that fact by offering some of the best values I have ever seen. There are few examples better exemplifying this than the TACKLIFE PMS03A Double Bevel Miter Saw which even comes with a few extra features.

The sliding arm action comes in handy by increasing the maximum straight cutting capacity to a healthy 4” x 13”. Unfortunately, the TACKLIFE PMS03A Dual Bevel Miter Saw is not known for being the most durable option on the market, but customer service is solid and honors their warranty better than some inexpensive brands.

This dual bevel miter saw also comes with a powerful motor that pushes 15 amps and 1700 watts but cuts a little bit slower due to a blade speed of only 3800 RPMs. However, the TACKLIFE PMS03A Double Bevel Miter Saw seals the deal by also including a laser guide to make sure you cut true.

This ends up being one of the more important factors when choosing the best miter saw, regardless of the bevel design, due to the tool primarily making crosscuts. As such, you want to make sure that your miter saw comes with a powerful motor that can cut through any density of wood without tearing the backside out.

There are a couple of different cutting capacities that you should consider when choosing a miter saw with the straight cut and the molding cut being the most important. For straight cuts, you can get an even larger capacity by using a sliding miter saw which significantly increases the workpiece’s maximum width.

While most workpieces used for professional jobs come in standard sizes, there is no reason not to get a miter saw with a larger cutting capacity to increase its versatility. It is worth noting that cutting capacity tends to be one of the specs more closely correlated with price, so consider your budget.

The build quality of a miter saw often comes down to the materials used with steel and aluminum being the best materials– though a good balance is important. If a miter saw uses too much steel, it will often be too heavy for one person to transport alone, making it a poor job site miter saw.

Outside of the materials, looking for a miter saw that uses machined components will help ensure straighter, more precise cuts. Depending on your needs, you might also want to make sure the miter saw comes with a variety of adjustments for every conceivable cut alignment.

There are only a handful of extra features that should really move the needle, but one of the best is a sliding arm action. Generally found on double bevel miter saws, a sliding arm action greatly increases the maximum width of your workpiece and also allows you to make small, precise rip cuts.

After a sliding arm, some form of a guide can be helpful– like a laser guide– but is more a quality of life feature than a necessity.

While both types of miter saw offer plenty of value, I found the DEWALT DWS715 Single Bevel Miter Saw to be the best in its class. Even though DEWALT might be removing some of the more nuanced features, it still offers great cutting capacities, plenty of power, and an excellent build.

On the other hand, if you want a dual bevel miter saw, the Bosch Power Tools GCM12SD Double Bevel Miter Saw is every bit worth the investment. The sheer cutting capacity of this beast means that you will not need to worry about cutting on the reverse side as the powerful motor chews through anything put in its path.

DeWalt DWS780 Review. Should You Buy This Miter Saw?