Is It Cheaper To Run a Generator on Propane or Gasoline? 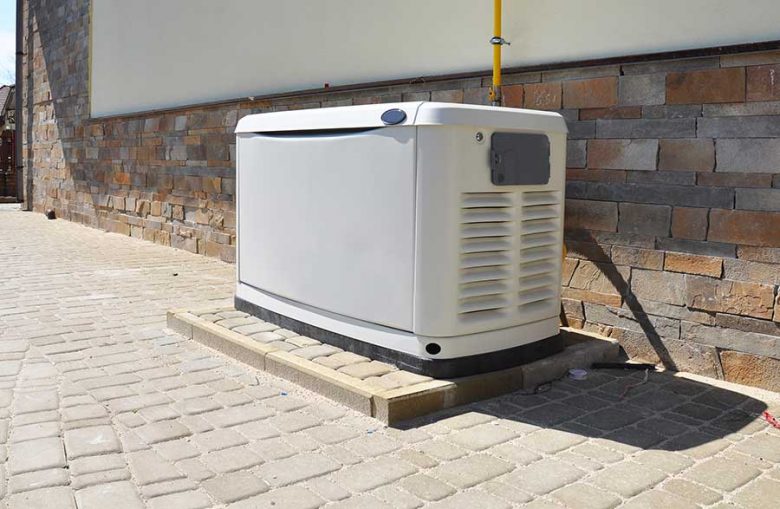 You have many factors to consider when choosing between propane or gasoline generators. In particular, you may be thinking about cost-efficiency and which option will be cheaper in the long run.

It is cheaper to run a generator on propane than gasoline, as gasoline has traditionally been the greater power output as a fuel source. However, if gas prices continue rising faster than propane prices, this will decrease gasoline’s cost-effectiveness and make propane a more attractive option.

This article will look into some key cost differences and characteristics between gas and propane-run generators. We’ll consider the most efficient and cost-effective factors of operating a generator on either fuel to break this down so you can decide which is best for you.

Difference Between Propane and Gasoline Generators

A few key considerations can affect the cost when choosing between propane and gasoline-run generators. Mainly, these focus on the fuels’ performance and the generators’ characteristics required to run them.

Propane generators are known to be more complicated than gasoline generators. Unfortunately, this increases the risk of breakdowns and potentially costly repairs. Many dual-fuel options are available to help offset this, allowing you to attach a propane tank to a generator that can also run on gasoline.

Though, unlike gasoline, propane doesn’t degrade over time, making it ideal for long-term storage. Although, a gallon of gasoline gives out at least 15% more energy than a gallon of propane. So, while propane is generally cheaper to buy, it’s is less efficient as a fuel source.

When purchasing a gasoline-only generator, there are plenty of choices with cheaper up-front costs than propane or dual-fuel options. In addition, gasoline is generally easier to access and more commonly found in gas stations than propane.

Gasoline will degrade over time, with a shelf-life of three to six months, making it unsuitable for long-term storage. It’s also more likely to leave deposits that reduce efficiency over time.

Gasoline has historically been more expensive than propane, which shows no sign of changing. Gasoline is very common, but propane is less available and has surged in price during periods of high demand and low supply, such as harsh winters. As we will see below, price changes can change the overall cost-effectiveness of gasoline as a fuel source.

What Is the Most Efficient Fuel for a Generator?

The most efficient fuel for a generator is gasoline. Although propane is cheaper, it doesn’t have the same electricity output per gallon of fuel used as gasoline. Propane produces about 73% of the energy of gasoline per gallon, making gasoline the clear winner in terms of fuel efficiency.

What Is the Most Cost-Effective Fuel for a Generator?

The most cost-effective fuel for a generator is currently gasoline. Even though it’s more expensive, you’ll get better electricity output from it than propane. However, this is affected by rising prices for gasoline, and its cost-effectiveness may reduce over time.

US gasoline prices have increased by almost $1 per gallon between February and May 2022, reaching $4.79 per gallon. At the same time, residential propane costs have risen far less, going from around $2.77 per gallon to $2.98 per gallon.

As gasoline prices continue to increase, the gap in fuel efficiency is eaten up by the increasing gap in price, making propane an increasingly more cost-effective option. This is particularly important for smaller generators where less power is needed.

Factors of Operating a Propane or Gasoline Generator

As well as basic fuel costs, there are other considerations when operating a generator that you should consider, as these can add to the potential operating costs or issues. Below we will break these down into a few key points.

The three key considerations of operating a propane generator are:

Propane must be sold in cylinders and stored in approved tanks. A tank has an average life expectancy of 12 years, after which it must be replaced or inspected to determine if its life can be extended.

Although propane is generally less available than gasoline, it’s sold in pre-prepared cylinders making it more reliable than gasoline in disaster situations. In contrast, gasoline pumps require electricity to work, which may not be available during periods of blackouts.

Propane tanks can be very heavy and bulky when full, and larger tanks are normally specially fitted for house storage. Ensure you have a vehicle suitable for picking up propane supplies at a gas station or supplier.

Propane-only or dual-fuel generators are always more expensive to purchase and, as noted previously, are more complicated machines that can increase the potential for long-term maintenance costs and an overall shorter life expectancy than gasoline generators.

At the same time, propane won’t wear out the generator as much due to being a cleaner-burning fuel, and the generator will require fewer routine maintenance chores.

On safety, the key advantages of propane are that the tanks have safety valves and are much less likely to leak. And if any spillage does occur, it won’t cause environmental damage like gasoline. It’s also less flammable than gasoline, so you can refill a propane generator while it’s still hot.

As above, the three primary considerations when operating a gasoline generator are:

As previously noted, one of the main disadvantages of gasoline is that it degrades over time, typically within six months. Due to this, gasoline is less useful for long-term storage and will need replacing if left in place for a long time.

Gasoline supplies can be cut off in emergencies. Still, if you use a portable generator, you can take it and fill it up directly in a gas station due to its internal storage.

As gasoline leaves carbon deposits within the generator, regular cleaning is the easiest way to keep it running efficiently.

Both propane and gasoline are flammable and produce some emissions, but gasoline is noticeably dirtier than propane. Leaks and spillages can be much more dangerous, so you must handle gasoline carefully.

Environmentally, gasoline produces more emissions when burned, so propane can be considered a much cleaner alternative if this is a factor. Generally, you should avoid using any generator indoors without proper ventilation as this is a serious health risk due to the fumes emitted.

Remember that you should never refill a gasoline generator while it’s still hot, as this is a considerable fire risk.

Overall, it’s cheaper to run a generator on propane than on gasoline when measured in terms of price. Gasoline is a superior fuel providing a greater power output per gallon used in terms of fuel efficiency.

The most important thing to take note of is fluctuating energy costs. As gasoline prices continue to rise, fuel efficiency will become less relevant, further improving the cost-effectiveness of propane. You can use a dual-fuel generator to start with gasoline and then switch to propane if this becomes a more efficient option in the future.

Wood Staining Guide For Beginners: All You Need To Know

Why Are Milwaukee Tools So Expensive? (And What To Do About It)

What Is the Best Degree To Sharpen a Chainsaw Chain?

What Are The Best Woods for Outdoor Furniture?

What Are The Best Food-Safe Wood Finishes?

Three Reasons Why Oak Furniture Is So Expensive